The sad news in Paris last week left thoughts of

in everyone’s head all week. The incredible cathedral and all its art and history also made me realize an interesting connection it has to language. 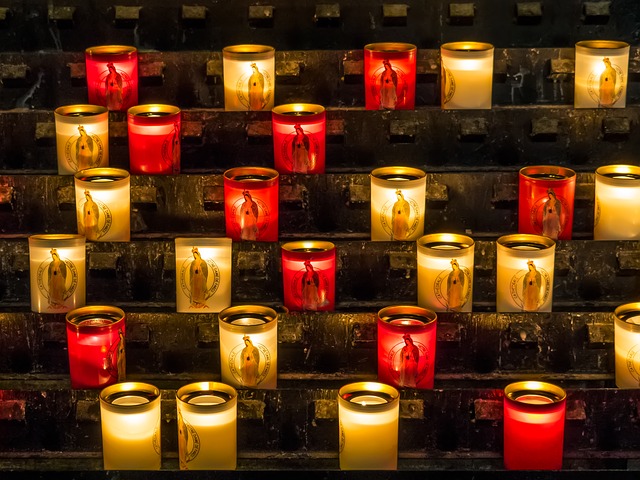 
Notre-Dame de Paris
is renowned for its beauty and solid place in European history. Over the last millennium,

Notre-Dame
has proven its importance because of its connection to
l’Église catholique
(the Catholic Church).

Now it’s interesting to note that after
la Revolution française
(the French Revolution), the grand cathedral was no longer owned by
le pape
(the Pope). Despite that disconnection, it has remained an important and impressive place for
la religion
(the religion).

Similarly, even for me, someone not really connected to the church or religion, I can understand the importance of
l’histoire de l’Église catholique
(the history of the Catholic Church) in relation to

Notre-Dame
. That history can be felt, read, and heard very strongly in what is probably the most well-known prayer connected to
le catholicisme
(Catholicism):

Even if religion was never a big part of your life, it’s hard not to recognize the first few lines:

Our Father who art in heaven, hallowed be thy name.

Notre Père
is also very useful as it is one of the most widely translated works across all languages on Earth.

There are also a few interesting historical bits specifically for French learners hiding in the history of
la prière
(the prayer).

Popular:   Other Words for Stress Free

Par exemple
(for example), up until the late 19th century,

Notre Père
was only really ever recited
en latin
(in latin) in
la francophonie
(the French speaking world). That’s actually somewhat understandable since, after all,
le français
is a direct descendant of
le latin!

As the millennia passed the prayer slowly became less and less understandable to
le francophone lambda
(the common French speaker). However, it wasn’t until the 1960s that an official
version française
(French version) of
la prière
was adopted by the church, but not without an interesting twist – especially for
les anglophones
(English speakers).

Before the shift in the 60s, the common
version française
used
le vouvoiement
(the

form). To better reflect the history of the text that changed to the now official
tutoiement
(the

This is particularly interesting for
les anglophones
because

Notre Père
is one of the only places that such a distinction still exits
in English
today. The seemingly odd use of
“art thy name”
is meant to reflect a close relationship like

With
Notre-Dame de Paris
and all the history of
l’Église catholique
recently in the news, take a moment to practice your French and listen to

The Lord’s Prayer, Our Father

Our Father who art in heaven,

Hallowed be thy name.

Thy will be done on earth as it is in heaven.

Give us this day our daily bread,

and forgive us our trespasses,

as we forgive those who trespass against us,

and lead us not into temptation,

but deliver us from evil.

[For thine is the kingdom,

and the power, and the glory.

Our Father in French Catholic