Raise a Floppa – The Loop

The Secret Chamber
is an optional mission in
Borderlands: The Pre-Sequel.

This mission is an exploration mission with very little enemy resistance since it involves backtracking to recently visited parts of the derelict warship
Drakensburg.

After plugging in the device in the console in the Bosun’s room, the next objective is to go to Crew Quarters to open a door in the southeast corner. It requires Zarpedon’s voiceprint to open; Pickle suggests searching for three ECHOs with her voice.

The first ECHO is in the north half of Crew Quarters, and is reached by a jump pad on the south side after overloading it (damaging the small box to its right will achieve this). A boost is needed to reach the height needed to access this upper level. The lock on an elevator to the right is then shot – it will shake loose and slide down to ground level. The ECHO is on the elevator.

The second ECHO is on a platform high above the Crew Quarters Air Dome Generator. The floor above can be reached by jumping on top of the air tank next to the jump pad with the yellow hoses, followed by a boost-jump. Then a jump east is needed to reach the top of the wall, then east again to the floor above the cycler. Two badass Lil’ Scavs will spawn. The ECHO is on a box next to the back door.

Popular:   Another Word for Customer Engagement

The third ECHO is carried by an Outlaw who spawns in the force field room (just south of Security) when it is entered, and he is escorted by a few other scavs.

After the ECHOs have been collected, Pickle creates a voice module to bypass Zarpedon’s voiceprint. The mission can be turned in when the last ECHO has been collected from the red chest.

Pickle is itching to get a look inside a secret, hidden room on board the Drakensburg. 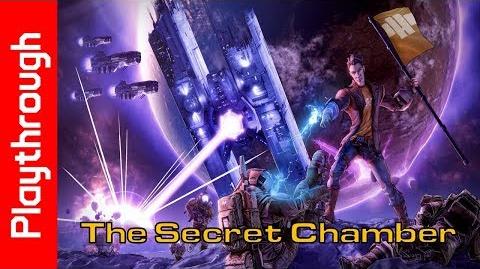 Popular:   Things Associated With a Castle