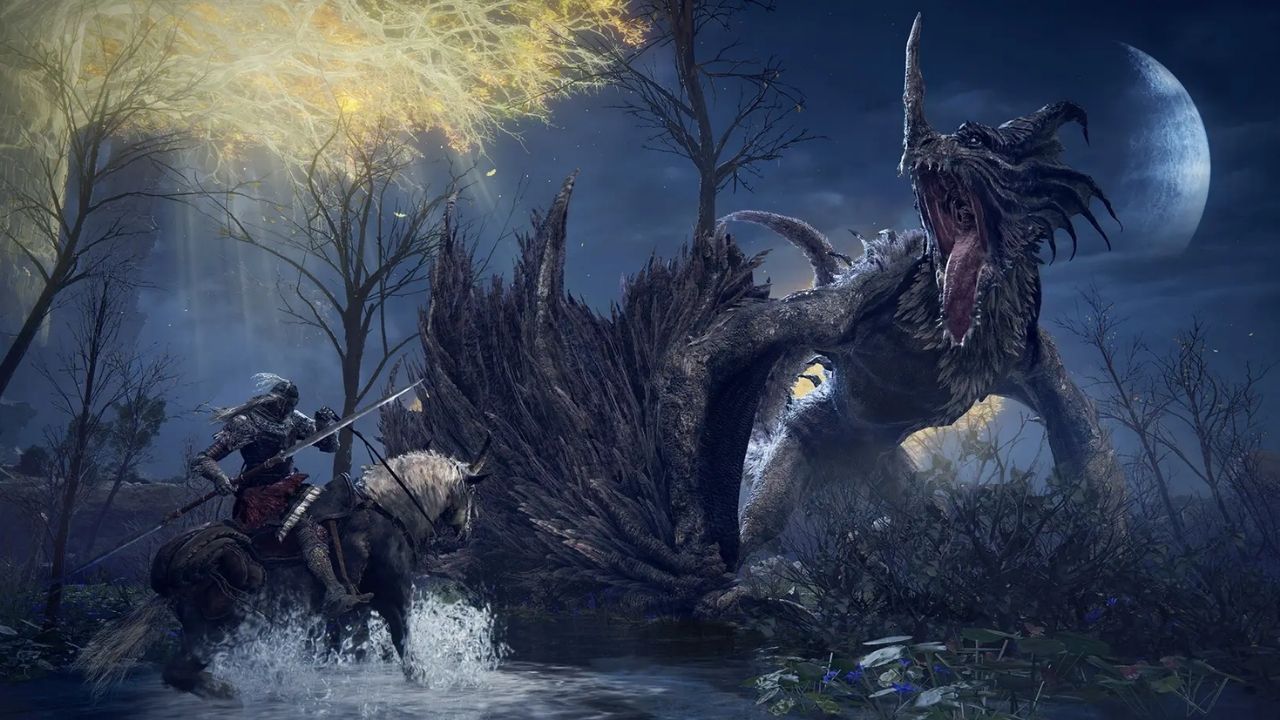 Elden Ring is an open-world souls-like RPG with some exciting multiplayer components like co-op and invasions. Co-op allows players to team up with their friends and tackle all the game’s challenges together. At the same time, the invasion mechanic enables players to literally invade another player’s world and hunt them down.

All of this may sound fun to many players, but for someone like me who doesn’t play too much co-op and simply wants to enjoy the game’s single-player aesthetics and storyline, invasions can be the most frustrating thing on the face of the earth.

Won’t it be better if you can just turn the invasion feature off in the game? Well, the game developers at FromSoftwares don’t think so!
Invasion cannot be turned off in Elden Ring by changing some settings, but it can be avoided altogether by playing the game in offline mode.

Step 3:Navigate to the Network tab and find ‘Launch Settings.’

Unfortunately, there is no way to specifically turn off the invasion while keeping the other multiplayer components like co-op on. Elden Ring has more than 100+ hours of gameplay in offline mode as it is primarily a single-player game, so don’t worry about missing out on essential story pieces or events while playing offline.

More importantly, the invasion mechanics have been significantly enhanced since the souls game to make Elden Ring more enjoyable and slightly less challenging. Now, the players who wish to invade other players’ worlds will only be able to do so if that player is in a cooperative game and on the same platform as the invader.In short, if you are not playing co-op, you cannot be invaded.

How to invade other players in Elden Ring?

Players need to use the Bloody Finger, a multiplayer item, to invade another player’s world in the online mode of Elden Ring.

In case of a successful invasion, your objective will be to defeat theHost of Fingers.You can also attempt to re-invade the world you have previously invaded. On the other hand, you can useTaunter’s Tongueto call the other players to invade your world. Additionally, you can use theWhite Cipher Ring, an item that will automatically request aid from a player of another world in case of an invasion of your world.

Elden Ring
is the next major title to be released by FromSoftware, the developers of
Demon’s Souls,
Bloodborne
and the
Dark Souls
franchise.
Elden Ring
is set to release on the February 25th, 2022.

The game is set in a world known as The Lands Between. Players will take control of a Tarnished to explore these lands and uncover the secrets it holds. The game is an open-world style title with emphasis on combat and traversal. There is also a multiplayer component, along players to summon others for co-operative play, or to be invaded for PvP encounters.

Gaming has always been my nirvana! To relax and get my thoughts to zen mode – just like how it should be! My favorite- Assassin’s Creed franchise, hands down!

Ps…bless the makers of San Andreas for letting me swim after Vice City. 😉

Popular:   What Is the Fastest Kart in Mario Kart 8 Deluxe

Can You Turn Off Invasions in Elden Ring