The last generation of consoles had one big issue other than not keeping up 60FPS even in 1080p, which is the heating issue.

And not just that overheating forced the cooling fan to spin faster than usual, which made all the PlayStation sound like a Jetplane just about to take off.

Sony tried to fight by releasing PlayStation 4 slim and ps4 pro. Though it worked out when the consoles hit the market, later on, they failed to keep the consoles cool as games went more demanding.

But how is the new generation holding up? Well, it depends! Many people are seeing “Your PS5 is too hot” notifications while gaming. 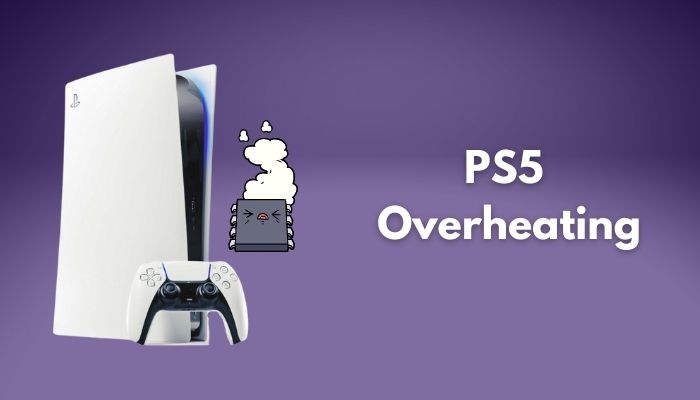 What happens if PS5 overheats?

Your PlayStation might shut down because of the overheating issue. Your game might freeze and force the ps5 to go into the rest mode. Also, your screen might flicker, or random dots might appear due to excessive overheating.

See, I know you might be worried that your PS5 might be overheating, but you just have to look into a few things to resolve this issue.

As a PlayStation fanboy, over the years, I have been deadline with the overheating issue. And as a fellow PlayStation owner, I will help you out with this guideline so you can play games at peace.

So put on your reading glasses till the end to get your desired fix.


Why is my PS5 overheating and turning off?


Your PlayStation might be overheating because you probably have kept the PS5 in a confined space. Also, you might be running the PS5 for too long; constantly keeping the console in running state results in overheating hence the shutdown.

As I said earlier, the previous generation had the heating issue. Any game you launch after 10 mins, or so you will see your console is heating up. Just put your hands above it, and you will feel the burn. Many say they can even cook in it. If you think it is a joke, go see youtube videos.

The culprit behind it is not just Sony; Microsoft had their own share of guilt in this particular matter. Both the console delivered a poor performance when it comes to cooling.

Also, check out our separate post on can PS5 use keyboard and mouse.

Even though both the companies got heavily criticized for it at first but redeemed themselves, later on, releasing the ps4 slim, pro, and one s and x. This worked initially but later on failed to keep the consoles cool when the bigger games were released.

I remember this time I was playing reds dead redemption 2 on my PlayStation 4  slim, and I heard something so loud; then I got up and looked for what was actually making the noise. Found out the Playstation 4 was making the noise, and then I put my hands on it. It was like a volcano that was about to erupt immediately turned my ps4 off.  Then I followed some simple steps online and fixed it on m own. However, it will not go away forever as the consoles were not built for better cooling management. But it will work.

Quickly check out our epic guide on how long do PS5 Controllers last.

So, how is the new ps5 holding up when it comes to cooling?

To be honest, a lot better than the last generation. You can barely hear the console when it is running a AAA game. I was playing cyberpunk 2077 on my PS5 digital and didn’t hear a single noise coming out of the PS5 that too after playing the for straight 4 hours! Then I put my hands on it, and I was shocked it was cold! Legit cold.

See, every console out there will heat up eventually, and there is no lying in it. Not just the consoles, every electronic stuff out there will. So you have to learn the difference between what is overheating and the heating that is considered normal.

The easiest way to find out is if you feel the burn in your hands. If you touch it and feel like you are touching something warmer than usual, don’t be worried. It is pretty normal for the PS5 to heat up after a few hours of heavy gameplay. Not all games will trigger it, though. Games like Cyberpunk 2077, AC Valhalla, Watch Dogs legion, GPU demanding games will make your PS5 warmer than usual.

But if you hear a loud fan noise and feel the burn, then you should be worried. Your PS5 can be facing overheating issues for many reasons. If you keep it in a confined place, your PS5 will heat up as there will be no place for the hot air to go out. Also, if your PlayStation 5 is covered with dust, then it will clog all the air vents and will produce excessive heat and noise. Another reason would be that your PlayStation 5 is out of liquid metal.

Here’s a complete guide on how to fix PS5 not downloading games. Also, fix PS5 won’t download in rest mode.


How To Prevent PS5 From Overheating


PlayStation 5 is a lot cooler than the other generation. Not only design-wise also when it comes to keeping the console from overheating. As they have used liquid metal instead of thermal paste to keep the console cool even after a few hours of heavy gaming. And they have succeeded so far. But recently, Sony Also released another set of PS5 digital. Which is way lighter than the original they managed to do it by taking out the Heatsinks, and many say it can push the new PS5 to overheat under heavy gaming. But even after many tests, the new PS5 model is still much cooler under heavy gaming than many thought.

Also check out our top picks for the best ps5 RPG games.

So if you are facing the overheating issue, then there is something you are doing. Obviously, there are ways to fix it. Just read out and apply them. 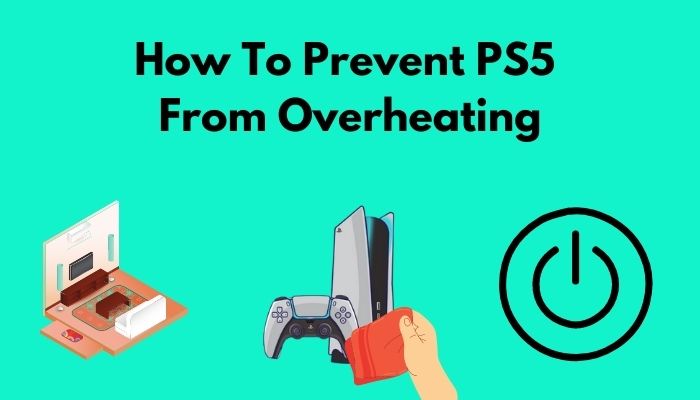 Here are the steps to Prevent PS5 from overheating:


1. Keep the PlayStation 5 in an open place

The first thing you have to make sure of is your PlayStation 5 is in an open place. Meaning it needs to be in a place where it can breathe.

To cool down the PlayStation 5, it takes the cold air from the outside and vents the hot air outside after cooling it down. So if you are keeping the PlayStation in a place where the hot air will have no room to get out, then it will make the PS5 more hot than usual, which will eventually lead to overheating.

So keep the PlayStation 5 in an open place where the air circulation is better.

Check out our experts tested and reviewed the best keyboard and mouse adapter for PS5.


You have to clean your PlayStation 5 on a regular basis to keep it cool and noise-free. And it is relatively easy to clean the PlayStation 5 without disassembling the whole console.

Here are the steps to clean the PS5:

You can blowdry to clean the fan, but I wouldn’t suggest it as it might tear any wire if you are not doing it carefully. See, you don’t have to do much cleaning if you clean the Playstation 5 every month. Also, don’t use any cover or third-party dusk cover for the PS5. As these things often block the air vents. Check out how to play discord on PS5.


We often put the PlayStation in the rest mode after playing games and jump back in when we have time, which is a cool feature, to be honest, that you can jump right back into gaming. But in that process, the whole PlayStation runs in the background. It will be a big issue if you are living in an area that is humid by nature. Keeping the PS5 running all time will produce more heat than usual.

Here are the steps to turn the PlayStation 5 off:

You can also turn the PS5 by holding the power button of the console. Just hold the power button up until you hear two beeps. Turning off ps5 will keep your console cool and save a lot of electricity as well.


Is it OK to have PS5 horizontal?


You can keep your PlayStation 5 in any way you want as long as it gets airflow. The only time you will be facing issues is when your PS5 will not get enough airflow to keep the console cool. Meaning if the console is in a place that is wide open, you should be fine.

Though I keep my console in a horizontal position because I don’t have enough room for my PS5 to keep it vertically, if I keep it that way on the shelf, it will overheat because that blocks out the upper vents of the PS5.

So it depends on the user. If you have enough space on the shelf, keep it vertically. If you don’t, then keep it in the horizontal position. Whatever position you keep, it won’t matter as long as you take good care of it.


Keeping your console cool will ensure the longevity of the console. And when you are investing in a new generation console, it should at least last for five years.

Hopefully, with this guideline, you can fix your overheating issue.

And if you still have any queries, then you can always reach out to us.

Your Ps5 Is Too Hot